Sepsis UK
This site uses cookies. By continuing to browse this site you are agreeing to our use of cookies. You can adjust your cookie settings at any time in your browser preferences. Find out more

Euxton Hospital proactively works with healthcare organisations to promote public health. The materials below have been written by UK Sepsis, a charity

which supports people who have had sepsis and campaigns to raise awareness of the illness and its causes.

Previously known as septicaemia or blood poisoning, sepsis affects at least 100,000* people each year in the UK. Sepsis can move from a mild illness to a serious one very quickly, which is very frightening for patients and their relatives.

The below materials produced by UK Sepsis helps to explain the condition and what relatives and friends can do to support them as they recover.

*statistics from the Surviving Sepsis Campaign

Sepsis - A guide for patients and relatives 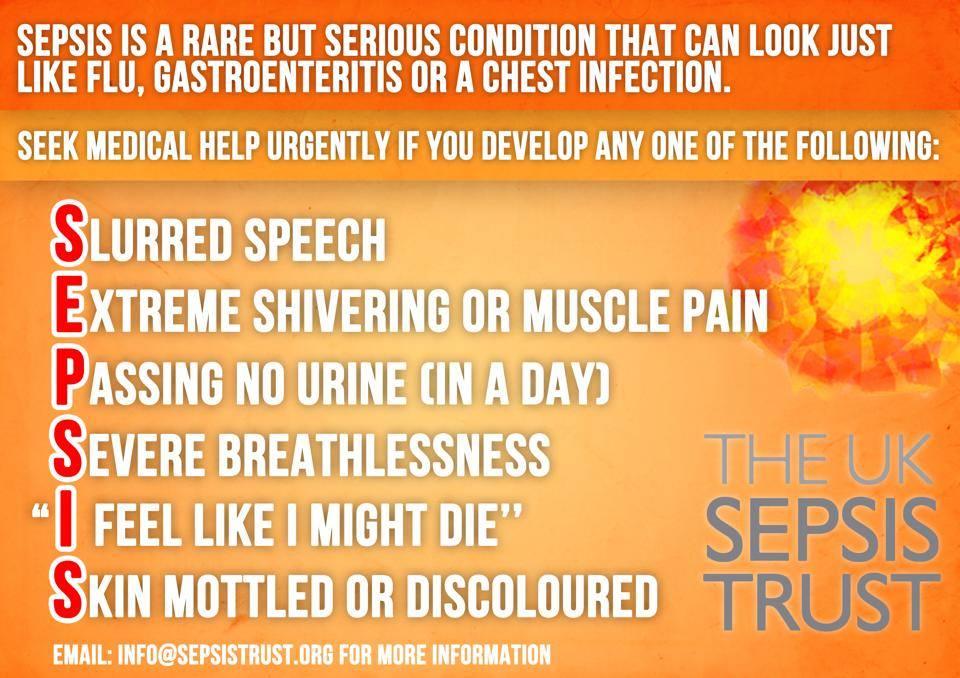 THE BEST OF CARE

Spread the cost of your treatment